“There was a lad was born in Kyle,
But whatna day o’ whatna style,
I doubt it’s hardly worth the while
To be sae nice wi’ Robin.”

Robert Burns was born on the 25th January 1759 in the ‘auld clay biggin’ which is now a place of pilgrimage for all those from across the world who recognise in Scotland’s National Bard one of the world’s great poetic geniuses and the writer of incredibly beautiful, poignant and moving songs. Burns’ father, William Burness, came originally from the Mearns area of Aberdeenshire. He moved to Edinburgh and then to Ayrshire, initially to Fairlie Estate and then to the village of Alloway. He built the Cottage in 1757 with his own hands and soon after met and married a girl called Agnes Broun from Maybole. It was in this cottage that the first four of their seven children were born, Robert being the eldest. William, with the help of his wife, tended the seven and a half acres of land around the Cottage which he called his ‘New Gardens’ whilst at the same time working as gardener at the nearby Doonside estate.

Robert spent the first seven years of his life in Alloway village before the family moved to the nearby farm of Mount Oliphant. Alloway is now part of the town of Ayr but still retains the atmosphere of a village. Many of the landmarks and buildings that Burns knew as a child and a young man are still there. As well as the cottage where he was born there are the ruins of the Auld Kirk and the Brig o’ Doon, both made famous in his epic tale of Tam o’ Shanter. The valley of the River Doon is as beautiful as it was in Burns’ time and nowhere is it more attractive than in Alloway.

The Alloway sky-line today is dominated by the Monument to the Bard which was completed in 1823. From its parapet there is a stunning view of the Doon, the Auld Brig and the perfectly manicured gardens which surround the Monument. Nearby is the Robert Burns Birthplace Museum where a fascinating collection of artefacts associated with the Bard are on display. The ‘Poet’s Path’ leads from the Cottage where Burns was born to the Birthplace Museum. Along the Path are to be found windvanes depicting scenes from ‘Tam o’Shanter’ along with statues of the Mouse, the Haggis and Captain Riddell’s Fox. Alloway now receives visitors from all over the world. They are drawn to this beautiful corner of Scotland where the man who composed the world’s universal hymn of parting was born. 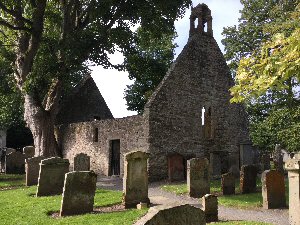 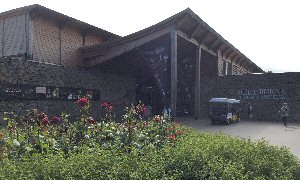 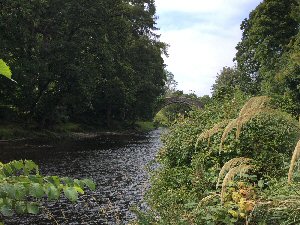 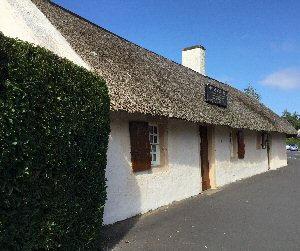 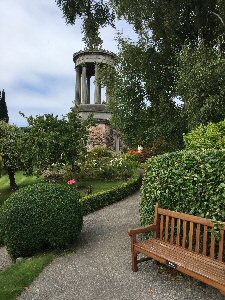 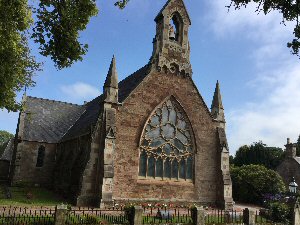