Although Alloway Burns Club records show that W H Dunlop of Doonside was President from 1905 to 1911, the Club was instituted in 1908. It joined the then Burns Federation in 1918 so, in terms of antiquity, it is by no means one of the oldest Burns Clubs in Scotland or even the world.

However, its location in the village where the Bard was born does give it a significance of which the members are fully aware. Most of those members come from the village of Alloway plus some from other parts of the town of Ayr. We also have a significant and supportive membership from the surrounding towns and villages and from other parts of Scotland and, indeed, from further afield in the United Kingdom.

Alloway Burns Club has always had a varied programme of events which run throughout the year. Annual highlights include the Friendship Evening – a commemoration of the first ever ‘Burns Supper’ which was held by a group of Burns’ friends and admirers in 1801 to remember the anniversary of the bard’s untimely death only five years earlier. (Some say that our Club started then, but did not meet continuously until 1905). We start this commemorative celebration on a Saturday evening in July at Burns’ Cottage where that first commemoration took place. In November we have a St Andrew’s Night Dinner followed by informative entertainment. This is usually held in the nearby Robert Burns Birthplace Museum. Finally on the Saturday nearest to the 25th of January we have our biggest event of the year – our Anniversary Dinner (Burns’ Supper). This is held in the Brig o’ Doon House Hotel overlooking the Auld Brig where ‘Tam o’ Shanter elluded the witches’ and gains considerable prestige from being a celebration of the anniversary of the Bard’s birth in his home village.

Throughout the year there is a full monthly programme of other activities which include talks from guest speakers; an inter-club night when we host guests from other Burns’ clubs for an evening of poetry and song; trips to places of interest and a Youth Night when the younger members of the club, along with pupils from our local schools, have the opportunity to showcase their talents. This last night is always one of the highlights of the year. In addition, the Club is actively involved in local events such as Alloway 1759, has a very popular and enthusiatic club choir and engages with many other local organisations.

We warmly welcome visitors to all our club events and are always happy to receive new members. There is no need to be an authority on, or even particularly knowledgable about, Robert Burns. While many of our members are happy to entertain by singing or reciting, many simply enjoy the entertainment, hospitality and companionship of Alloway Burns Club members. 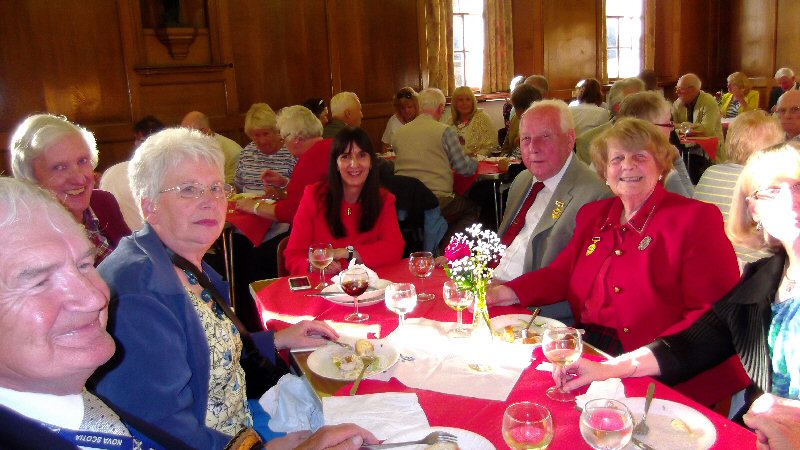 Club members at one of our many events

If you are interested in finding out even more about Alloway Burns Club you can contact either myself or the club’s secretary by email. You will be made most welcome.

☆ We also have 11 junior members and 6 honorary members.